Working in conjunction The Fireflys (a 3 piece rock band from Widnes) to produce a music video and a set of profile shots to publicise the band and it’s new album release “Temple For Your Ashes”.

The band were very clear that they wanted their video and profile shots to be very simple, with no gimmicks, they just want to let their music do the talking. No problem we said.

The video was intended to be hosted online and the profile shots were intended to be used as part of the bands album artwork as well as all the related social networking sites. 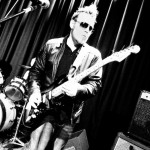 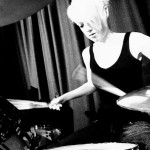